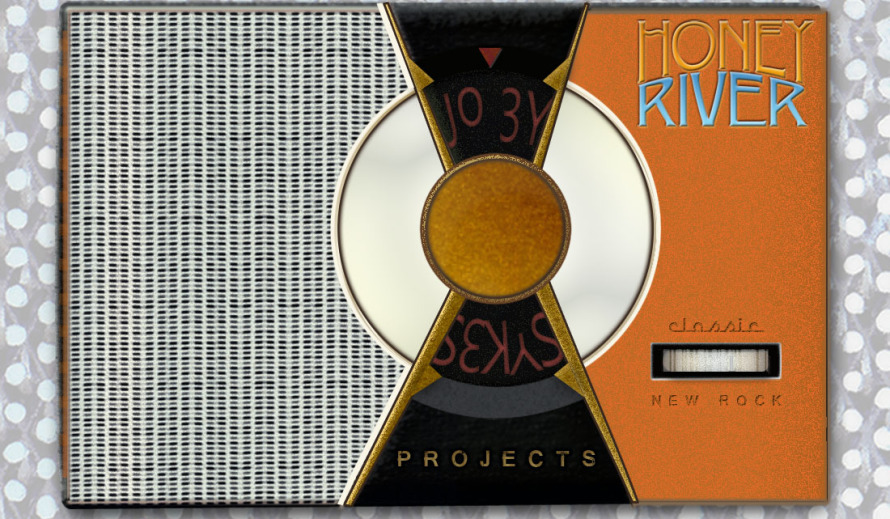 HONEY RIVER was formed in 2017 by songwriter/singer/guitarist Joey Sykes. Inspired by his many years  of Nashville writing trips,  and a love for such Country Rock legends, like The Eagles, Tom Petty, Jackson Browne, and more recently, Keith Urban, Little Big Town, etc.., Sykes was amassing a large catalog of lyrically thoughtful, extremely hooky, relevant songs, such as “Peace, Love”, “Bigger Than Life”, “I Miss America”, and many more. These songs were written, both with some of Nashville’s “A-List” hit songwriters, and Joey Sykes alone, mainly in Nashville or Southern California. The style of HONEY RIVER can be best described as Modern Vintage Country Rock. Joey Sykes has the luxury of also being a producer, and owner of a recording studio. Using classic instruments, such as Mandolin, Dobro, Pedal Steel, 12-string guitars, along with more commonly used piano, organ, real drums,  plenty of Guitars (mostly played by Joey Sykes),and lots of vocal harmonies, the sound can be enjoyed by a wide age range of music lovers, country or rock, anywhere from 18 to 80……HONEY RIVER has also had the incredibly fortunate honor of having the late Tom Petty’s drummer Steve Ferrone play drums on a few songs. With a large stockpile of songs to choose from, you can bet HONEY RIVER will deliver a strong collection of music , both recorded and live.

Together, this is HONEY RIVER- a sweet, flowing trip, heard through great songs, voices and music.

Purple Virgo Records is a record label established by SONG SEVEN MEDIA in order to give our artists a platform for getting their music to the world.

If you are interested in distribution of our catalog or licensing our music for TV or films, please email us.

For licensing information about any of the songs on this site, please inquire via email.